During its RDNA 3 event “together we advance_gaming” in Las Vegas, AMD also unveiled its FidelityFX Super Resolution 3 technology as well as the new one-click HYPR-RX feature, both of which will be available in 2023. 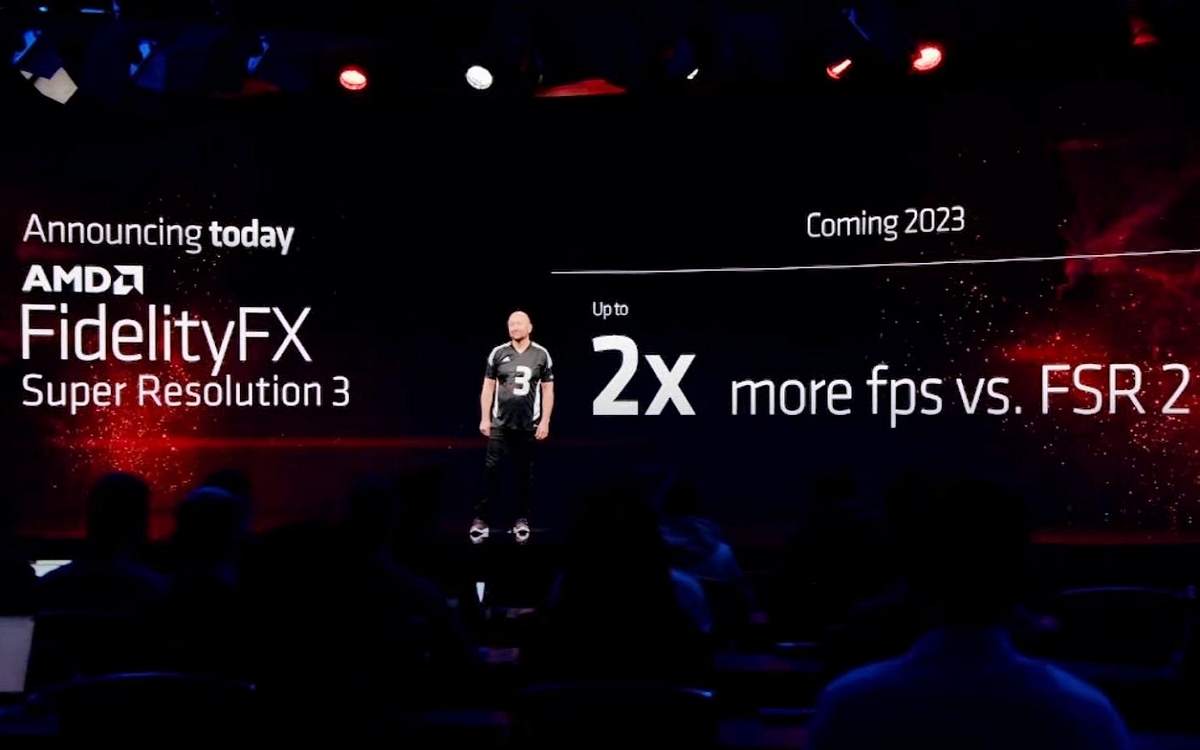 As a reminder, that The AMD technology wants to compete with Nvidia’s Deep Learning Super Sampling (DLSS) by generating unique images itself. The FSR 3.0 is said to combine the best Super Time Resolution technology and the brand new Fluid Motion Frame technology that delivers more FPS in games by boosting performance when running games with very demanding settings. This technology should be Introduced in various games and applications in 2023.

According to AMD, FSR 3.0 should deliver up to twice as many frames per second as FSR 2.0, which apparently comes exclusively from Fluid Motion Frames technology. AMD hasn’t provided any details on how this technology works, but the company has confirmed it uses image generation similar to Nvidia’s recently released DLSS 3.

AMD showed a demo of the Unreal Engine 5 there FPS increased from 60 FPS (FSR 2) to 112 FPS (FSR 3). FSR’s adoption rate is currently over 200 games and more than 80 game developers officially support this technology. The good news is that unlike DLSS, FSR technology is not exclusive to AMD. This means that Nvidia’s graphics cards can also benefit from this, provided they are powerful enough to support the required algorithms.

Another big announcement for AMD was a new one-click performance and latency boost feature that the company calls “HYPR-RX.” In games like Dying Light 2, HYPR-RX delivers up to 85% more powerwhile latency is reduced to just a third of the previous one.