Google has decided to force install the latest Android Auto update. As a result, smartphones running Android 6 and 7, which could continue to use the platform unless they updated the app, will no longer be able to use the platform. Unless you opt for a newer device. 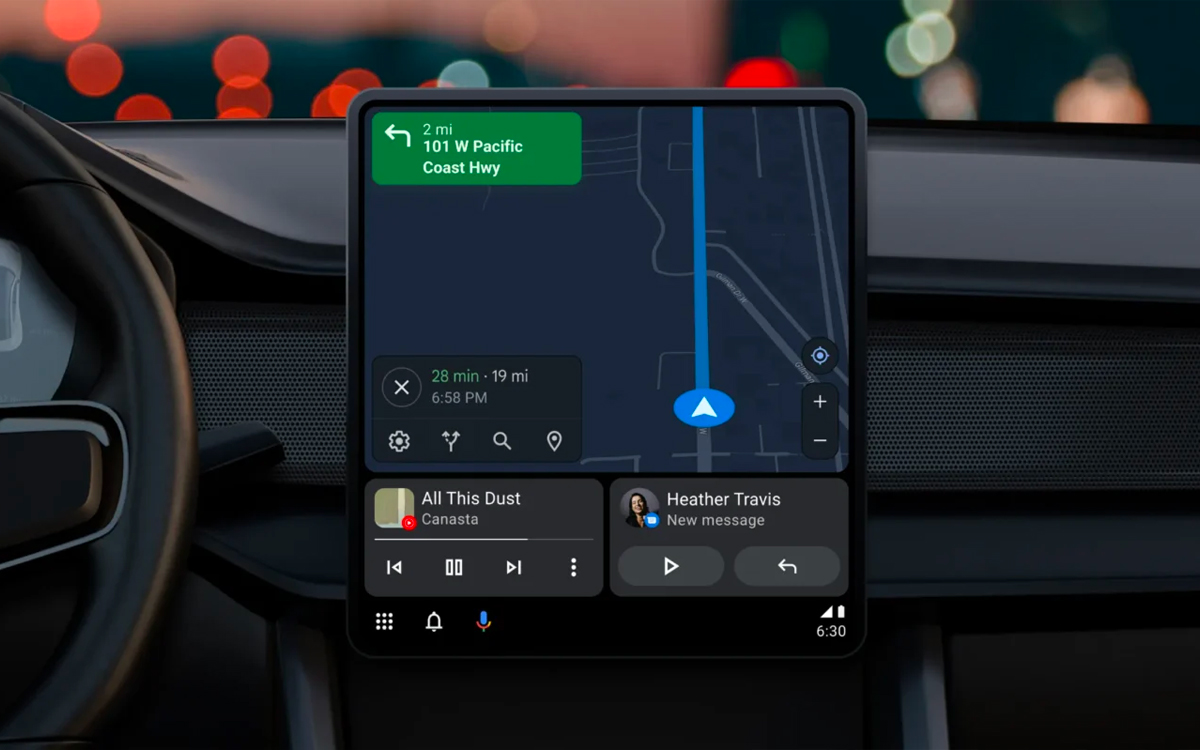 If some users of smartphones running Android 13 have reported errors with Android Auto after migrating to the new operating system, this recent change by Google leave many people behind. Explanations.

A few months ago, Google has increased the system requirements to access Android Auto. If the minimum configuration required was a smartphone running Android 6 Marshmallow, you must now have a device running Android 8 Oreo or later.

Despite these changes, users could continue with an older device Take advantage of Android Auto by refusing to install the latest app updates. However, Google no longer allows this. As a matter of fact, The Mountain View company forces these users to update the application from Android Auto to the latest version.

Google is forcing the latest Android Auto update to be installed

In response to the codename Coolwalk, this version was intended to bring a new user interface with new icons and the permanent presence of music controls. Above all, a multi-window mode is expected. We recently took a look at Android Auto’s multi-window. It is said to allow the simultaneous display of up to 3 applications, similar to what Apple CarPlay currently offers.