Why just do it!? Did you just learn the nuances and differences between thermal, electric, hybrid, micro-hybrid and rechargeable hybrid? Don’t rest, here is a new concept proposed by Nissan: e-power or thermal electric. 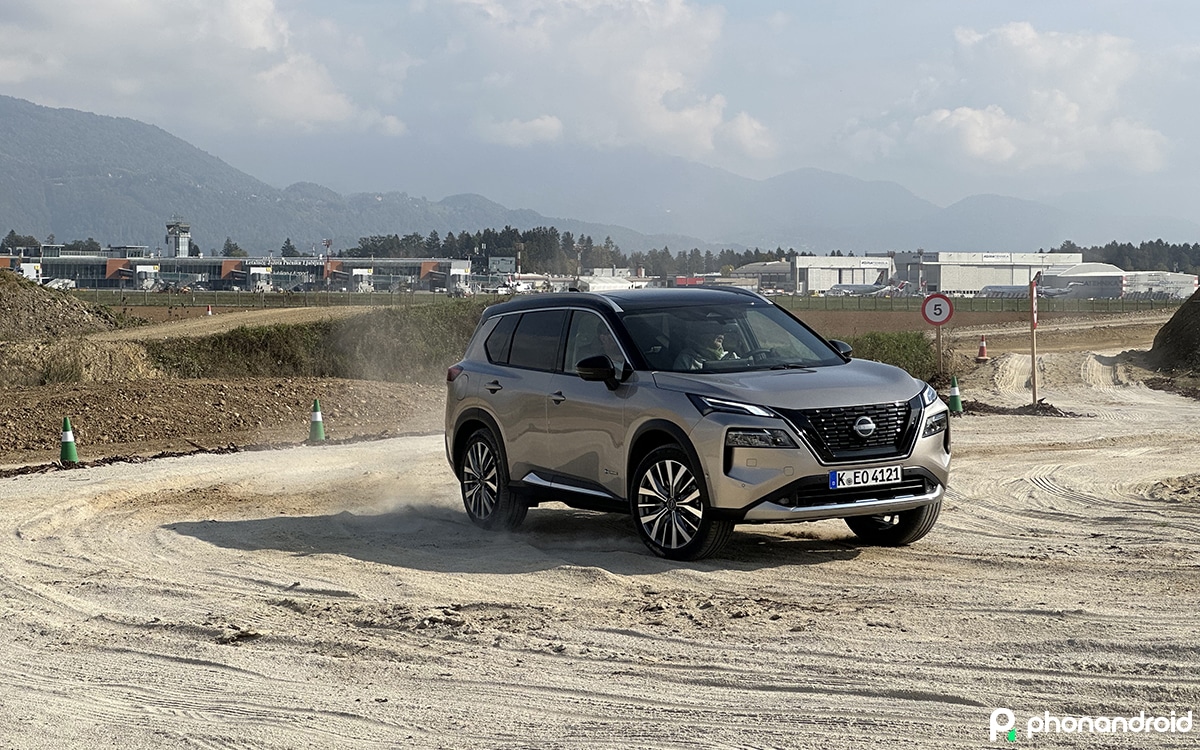 Let’s face it, Nissan doesn’t present this new engine with such a contradictory name. Available new Qashqai and X trail – what we are trying to do here – that e-Power motorisation is said to be a kind of transitional system, the purpose of which would be to give a taste of electricity to people who, for practical reasons, do not have access to electricity or do not want to consent to it for fear of the restrictions it will entail. Before we get to the heart of the test, it is therefore appropriate to make a small development on this new e-Power traction chain. 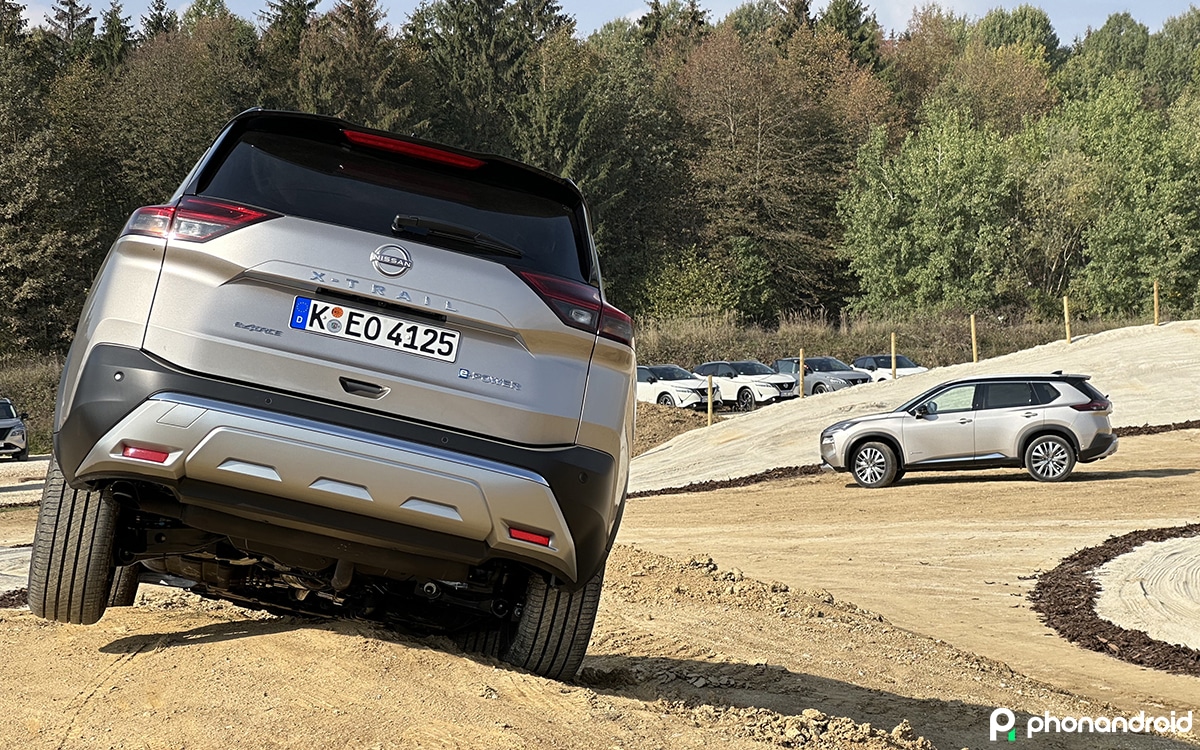 When you open the hood of a vehicle equipped with the e-Power system, like our X-Trail, you will notice an ordinary heat engine, here a three-cylinder with variable compression of 1.5 liters. However, strictly speaking, this is never used to move the vehicle. Completely detached from the wheels, its only job is generate the electricity that drives the X-Trail’s electric motors – or both in our test vehicle’s caseand charging the small battery with a capacity similar to that of a conventional hybrid vehicle (1.73 kWh usable capacity and 66 kW power). 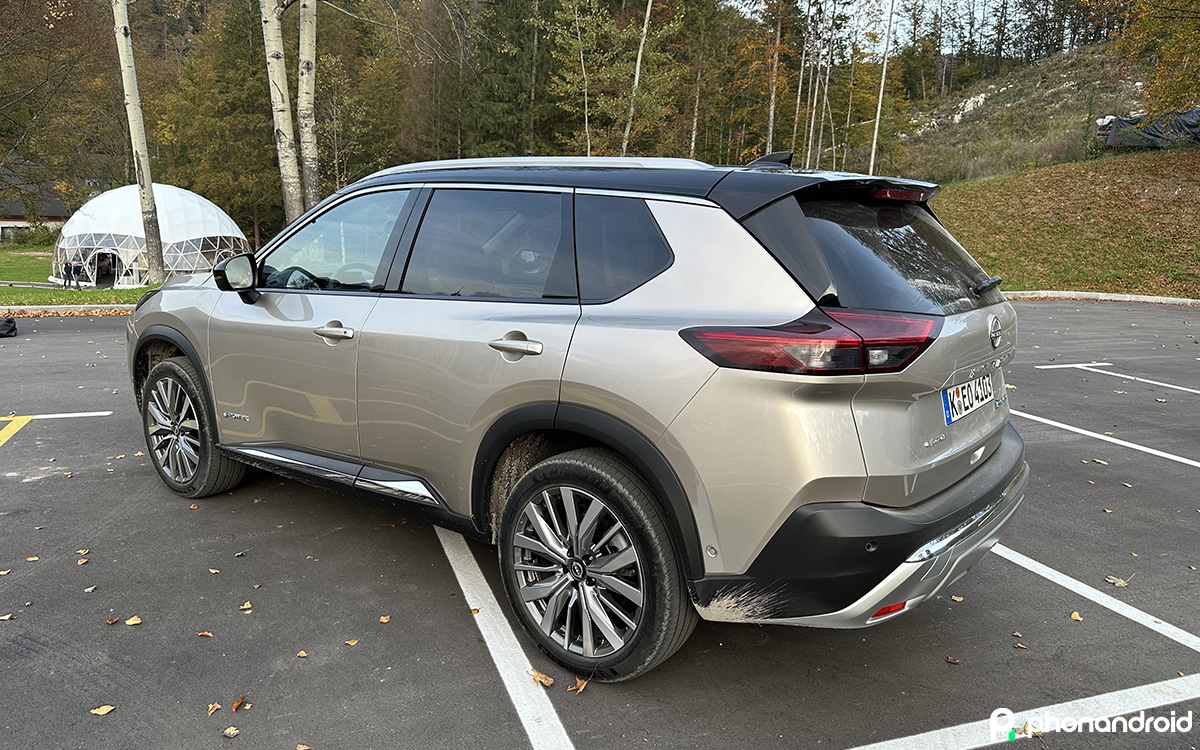 In order to charge this battery, the energy consumed during braking is also recovered, and in a fairly effective way, it must be noted. When this battery is sufficiently charged, it powers the electric machines and keeps the X-Trail running for a few miles in 100% electric mode. We say “a few”, but with great astonishment we made it in our test on the reliefs around Ljubljana in Slovenia Drive 7 kilometers in city mode without completely draining the batterywhose display gave us another twenty percent charge.

Also Read: Nissan has decided to abandon diesel cars in favor of hybrid and electric cars 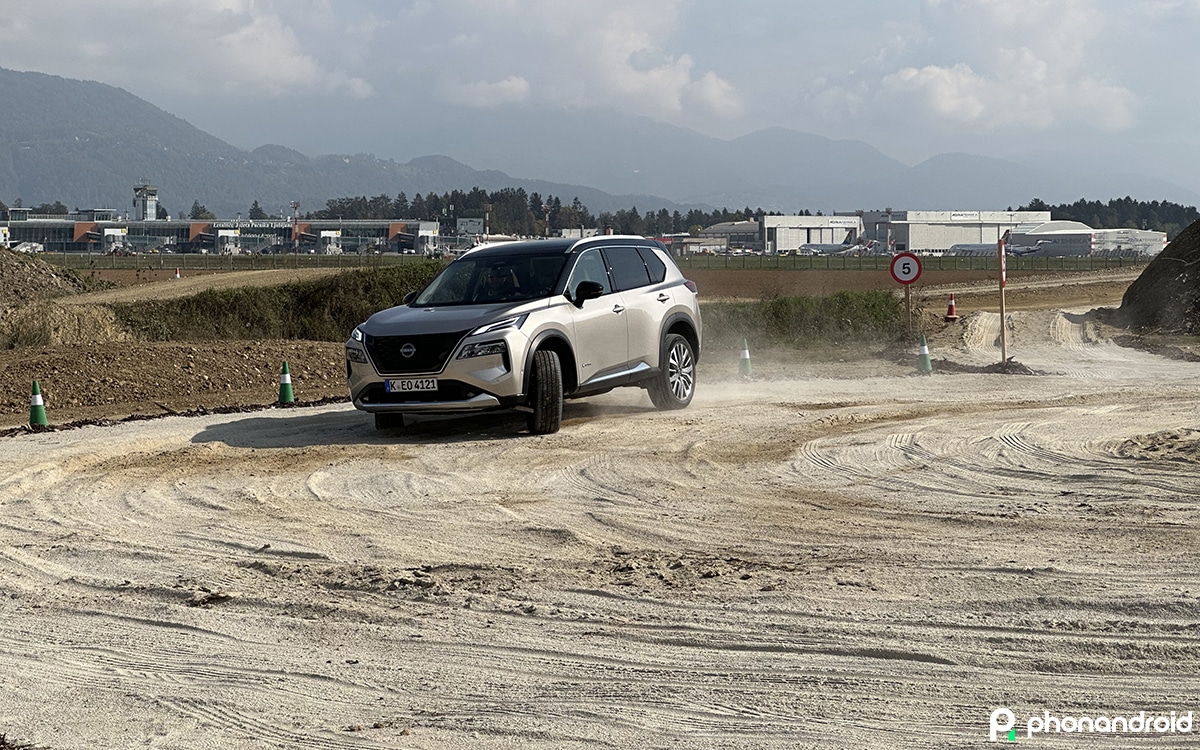 If the battery is no longer sufficiently charged for propulsion, the combustion engine provides the electricity to drive the motors and, in simplified terms, acts like a generator.

But why create such a fancy system, you might ask? According to Nissan, the idea behind is e-power familiarize hesitant users with electricity – or prevented for practical reasons – with this type of drive. So much for the e-Power device, which is presented here again in a very simplified way. 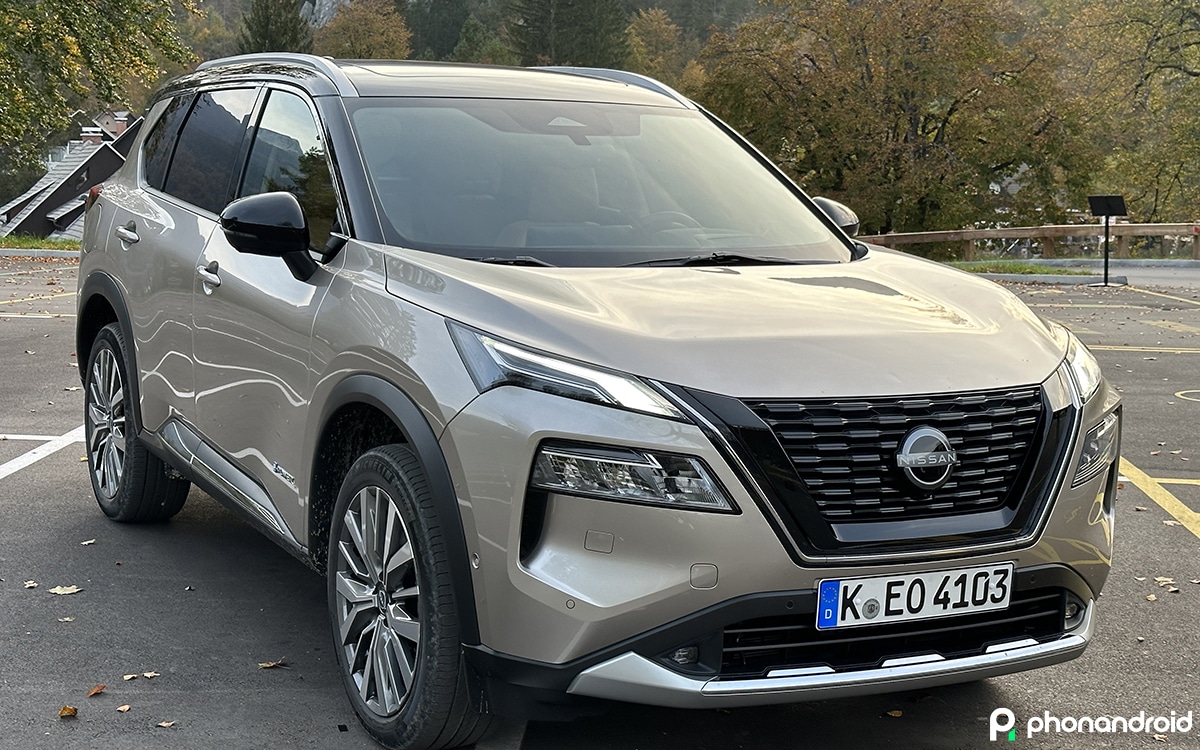 We noticed that when we tested the Ariya, and Nissan has been operating with the latest Qashqai lately a significant upgrade. This is reflected in the more elaborate exterior design and is confirmed when the door is opened by a more elegant interior, which is characterized by higher-quality materials and more precise assembly. 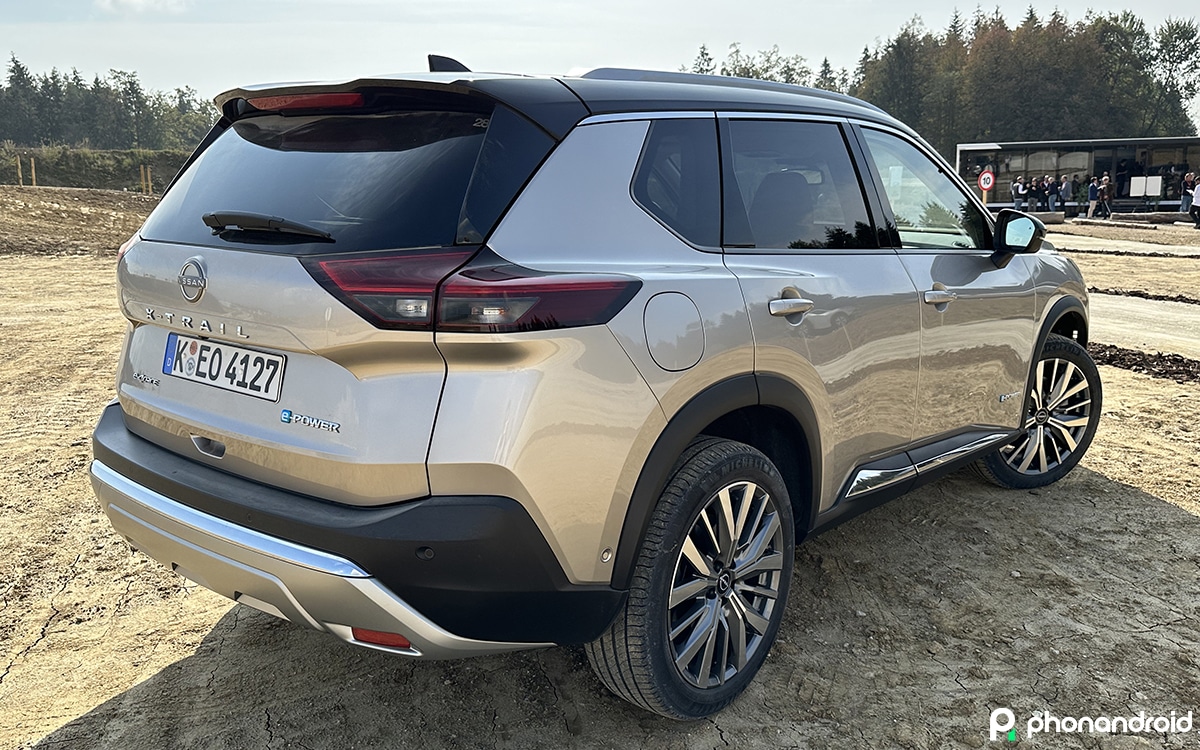 The trunk line is obvious at first very close to that of the Qashqai and consistent with the design of the Arya. In terms of dimensions, the X-Trail is 4.68 meters long, 26 centimeters longer than the Qashqai. The front end tries, explain the designers at Nissan, to reinterpret the iconic first X-Trail. If the wink isn’t so obvious, the hint is understandable. Since its launch in 2001, Nissan has sold no fewer than 7 million X-Trails worldwide, and it’s a shame that the adventurer of origins has turned into a middle-class family SUV. 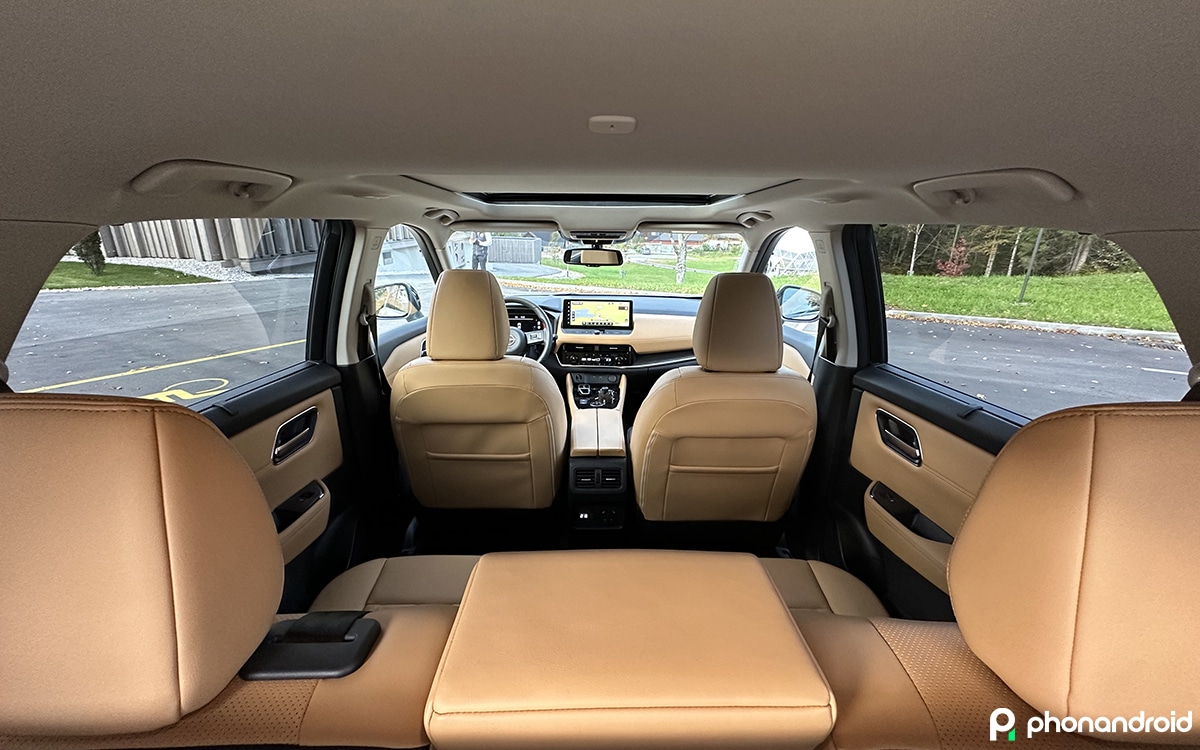 Let’s start in the back cabin. It is easily accessible through Doors that open almost 90 degrees. The e-power version differs from the others for the possibility of having 7 seats and a bench in the second row which can slide no less than 22 centimeters. The two seats in the third row (option for 900 euros) have the advantage of being present, but do not plan to travel there. They are essentially there for occasional needs or for small children and stay tucked away in the trunk most of the time. The latter offers a volume of 575 liters in 5-seater configuration, 485 liters in 7-seater configurationbut becomes symbolic once the last two seats are in place. 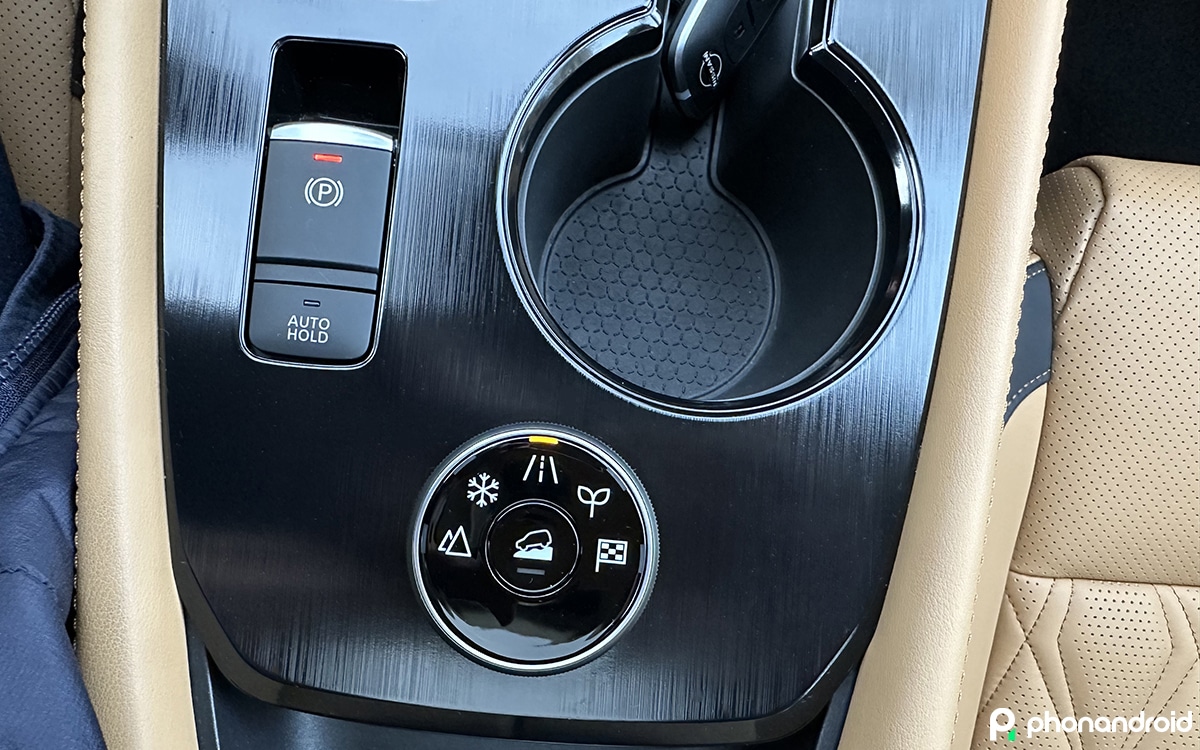 Up front, Nissan has copied and pasted the interior of the Qashqai, which itself is very close in inspiration to that of the Arya, with a few fewer flaws. On the X-Trail, for example, the center and side armrests are at the same height… We find the gear selector switch with buttons, two cup holders and, on our all-wheel drive version e-4ORCE, right on the center armrestn Off-road mode selector. Under the “floating” armrest, a storage compartment offers space for a few items, but is quite awkward to reach behind the wheel. 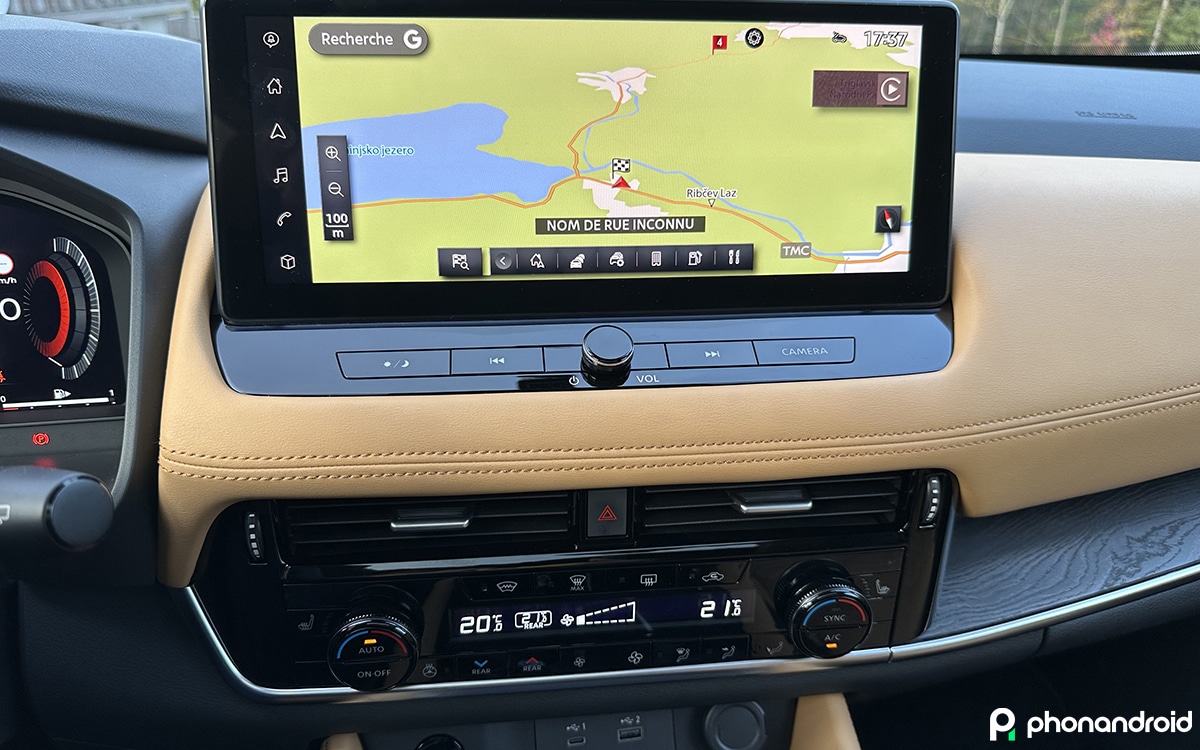 More, high, on the center console and above two USB sockets type A and C, the controls for heating and air conditioning are physical and benefit from their dedicated display. Finally, the central 12.3-inch touchscreen overlooks the whole. 12.3 inches is also the size of the screen dedicated to the digital instrumentationsupplemented by a head-up display. 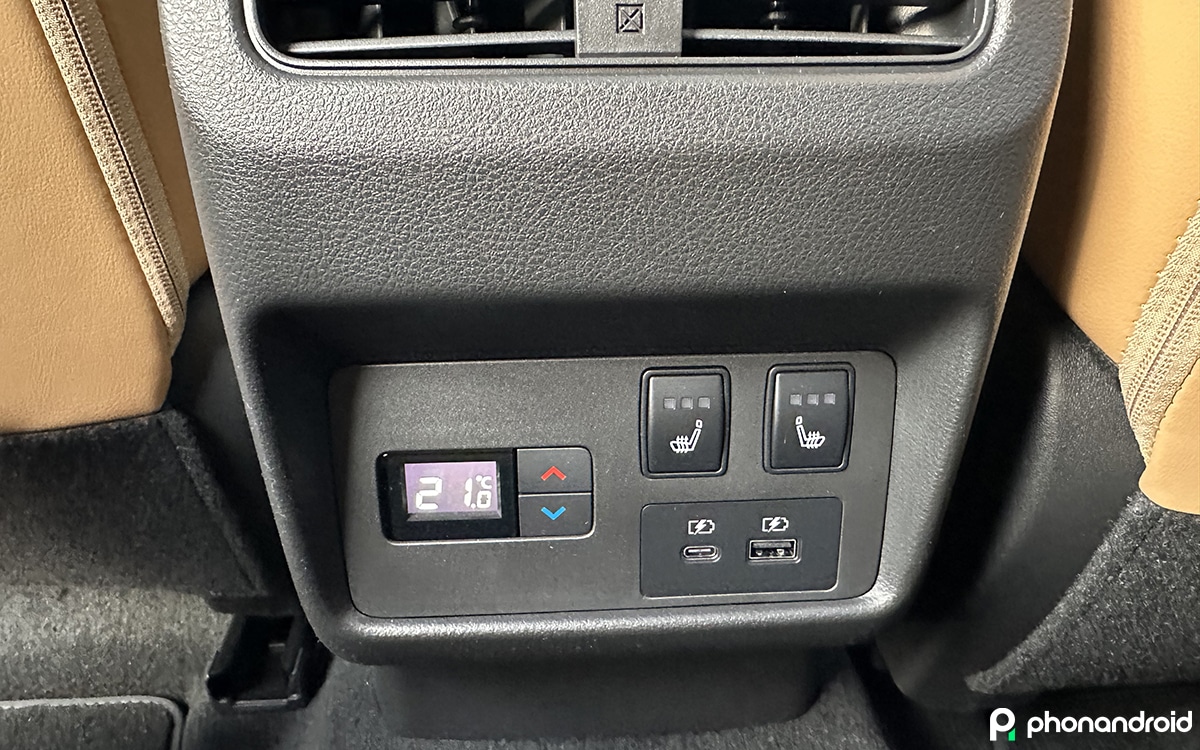 …and almost up to the trees

Thanks to its two electric motors, the all-wheel drive version called E-4ORCE benefits from this off-road capability via the various traction management programs that the driver selects with the rotary knob mentioned above. If we’re far from the off-road performance of the first X-Trail, we have to admit that once the machine comes out of the bitumen it does it honorably. 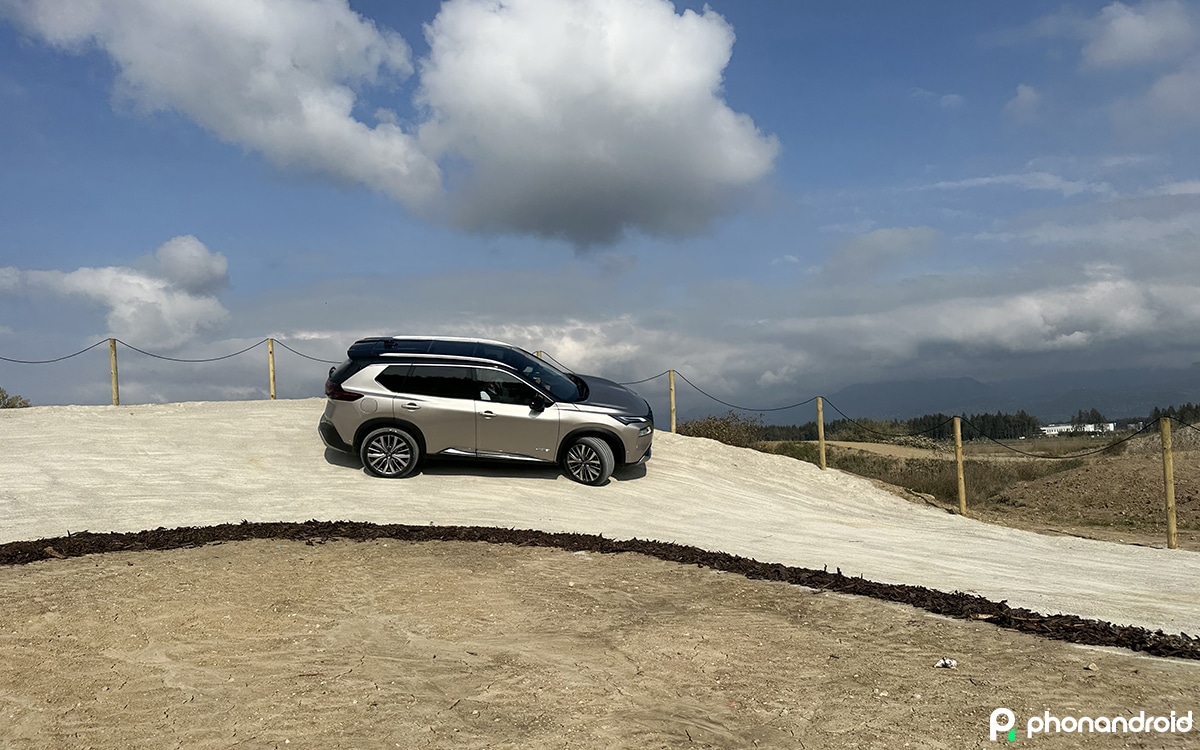 Set up on a developing ground that chains the difficulties (slope, bridge crossing, loss of grip, sand, important slopes…), Nissan’s heavy SUV (1,965 kg) is doing well and above all very simple. Without being a franchisor, you can take it almost anywhere. 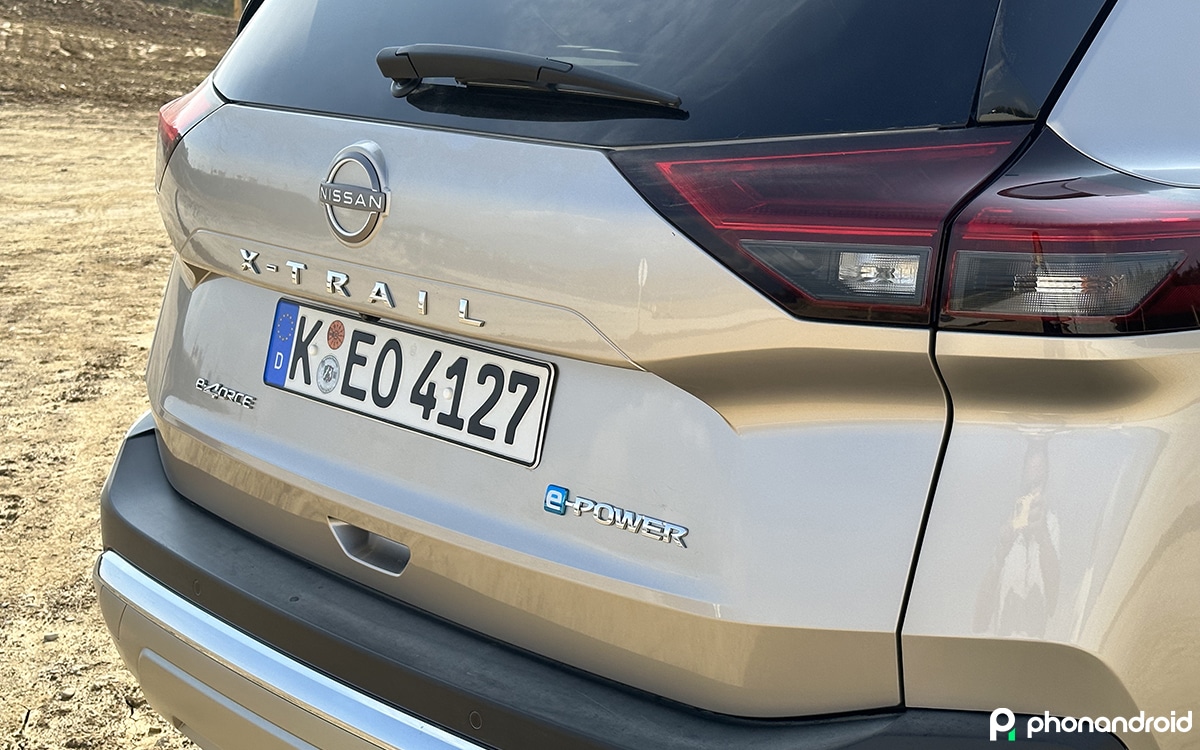 On the street it is first of all acoustic comfort what sets the machine apart. acoustics and vibration. Since the internal combustion engine is decoupled from the wheels, since it only acts as a generator (and energy destroyer for engine braking when the battery is full), it only has to run at these most efficient speeds and therefore almost constant speed. Advantage: The generated sound is known and Nissan compensates for it simply by sending reversed sound frequencies into the cabin., just like your active noise canceling headphones. Let’s be clear, it’s very effective. Even better, the vibrations normally caused by the engine and the drive chain, which rise in the steering column and the passenger compartment, are eliminated here by mounting the thermal block on silent blocks. The X-Trail presents itself at these posts a level of refinement worthy of much higher segments. 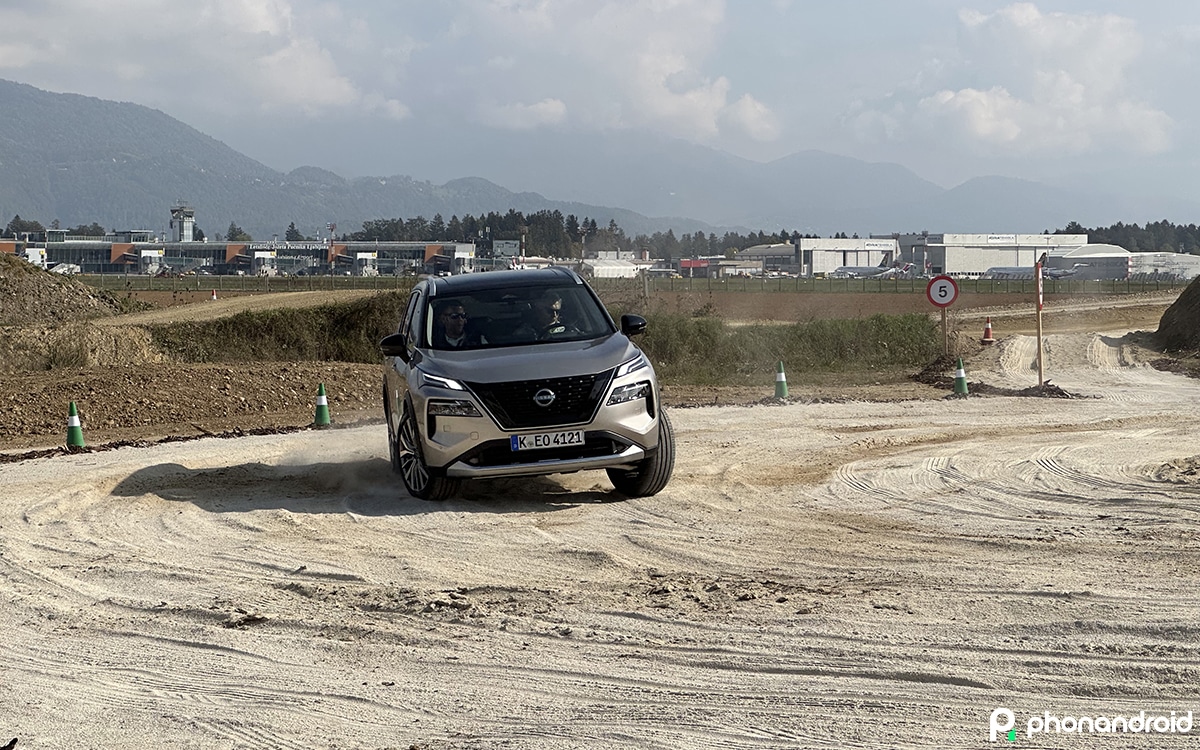 But it doesn’t stop there. Drops and lift when braking and accelerating are also compensated for on the road by counter-torques on the electric motors. In a way, under hard braking, the rear axle motor “pulls” the car backwards to straighten the front. The plate remains perfectly stable. 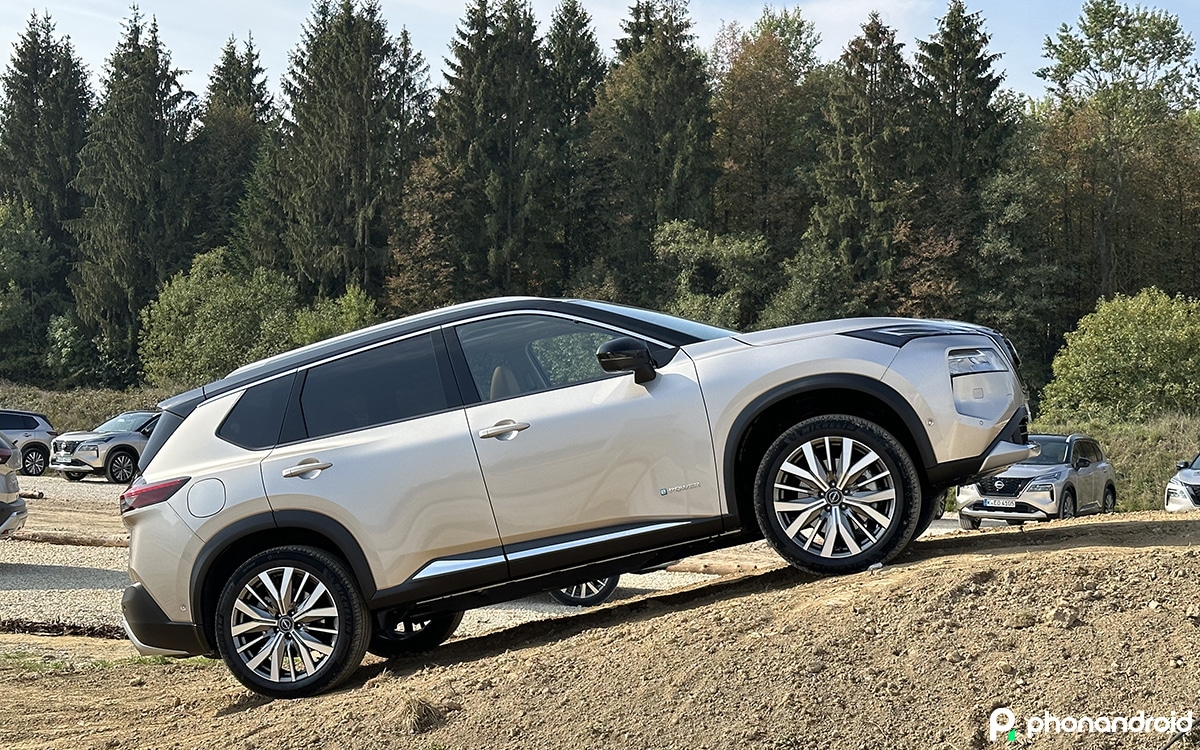 For the rest, the general behavior of the X-Trail largely meets the expectations that one can have of this type of machine. Without offering the agility of a sedan, the overall light-touch steering allows for effortless play with the laces while the body doesn’t bobble all that much. 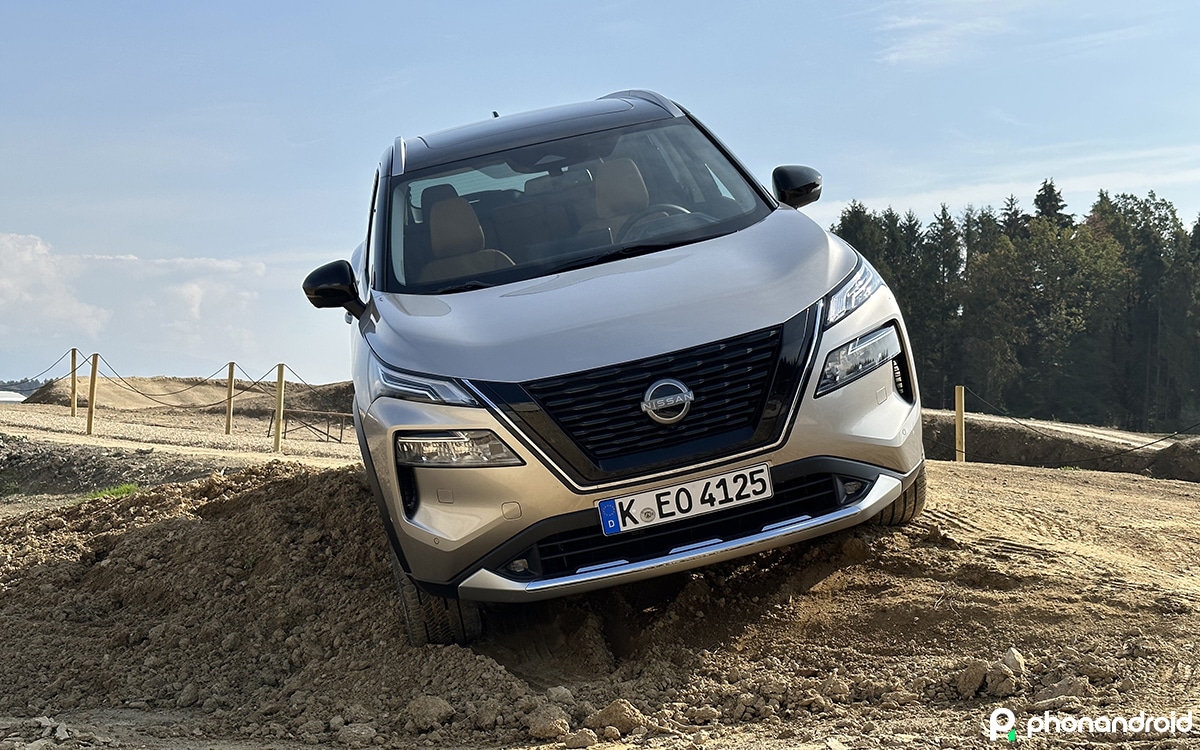 On the freeway, straight-line stability is supported by the millions of driving aids that the standard device offers. Lane departure warning, adaptive cruise control and several proximity warning systems are on the agenda. In the city, the traction battery mostly plays its role, especially since it recharges very quickly during deceleration phases and when the combustion engine is running. 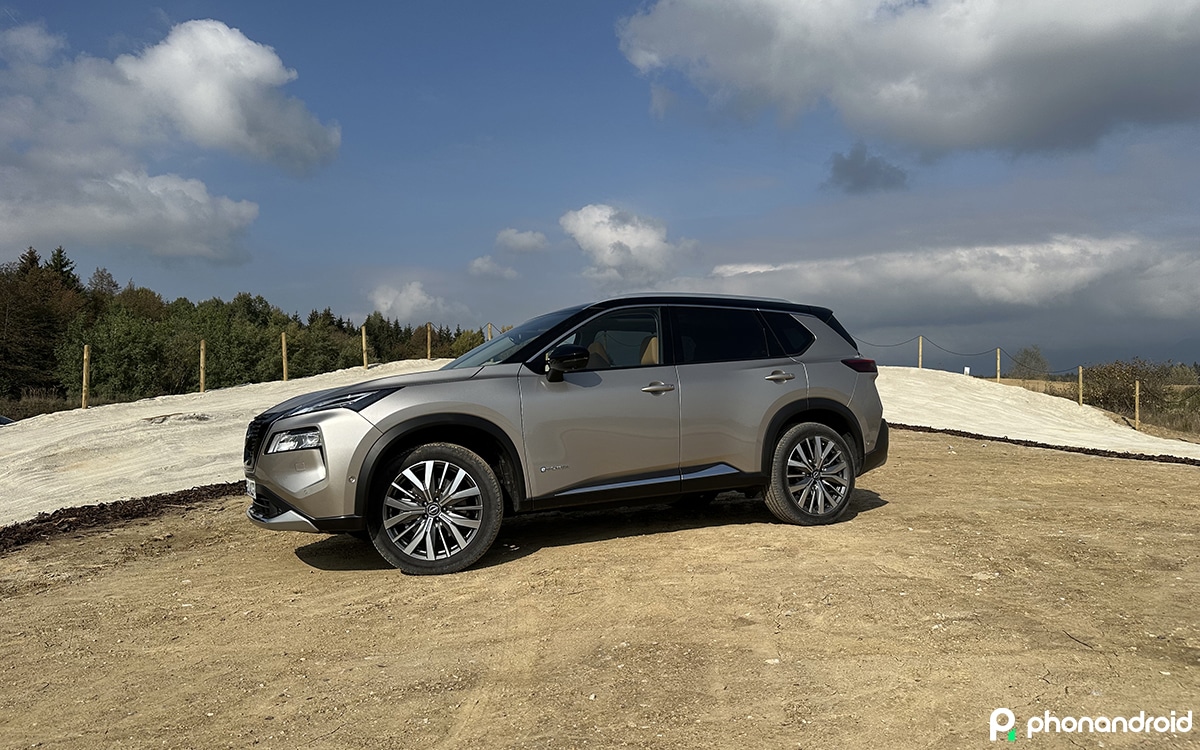 With good handling, this battery can even Accelerate the electric motors alone to over 100 km/h (theoretically even up to 130). The same battery also acts as a “buffer” during starts and sustained acceleration, the time it takes for the combustion engine to provide the necessary electricity, resulting in a slight latency between the moment the pedal is fully depressed on the right and the one , where the maximum acceleration is given. 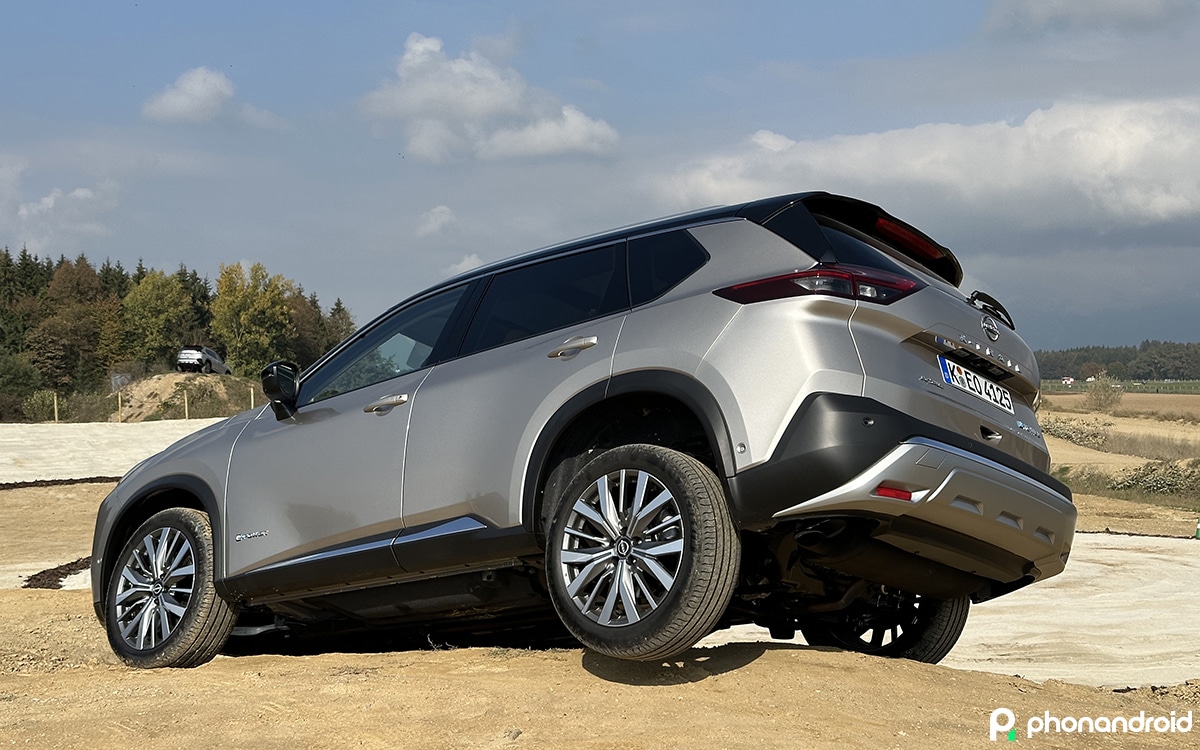 Of course, having taken control of such an iconoclastic tech stack, we’re hoping for one thing: that it’ll be noticed when you hit the pump, which is already a shame for a car that’s easily presented by marketing as an electric car. Homologated for a mixed consumption of 6.7 liters, our crew has done it an average of 7 liters of fuel per hundred kilometers on a course that combines mountain roads, motorways and city bikes. Not bad, but not amazing either. Until thena penalty of 650 to 1172 euros will be charged additionally, unless you have at least three children to access a discount that cancels out the pain. So yes, an “electric” car can be taxed in the name of environmental penalty! Some customers may prefer to acquire hypocrisy by purchasing a tax-free plug-in hybrid SUV, even if it means never taking their charging cables out of the trunk to plug it in… 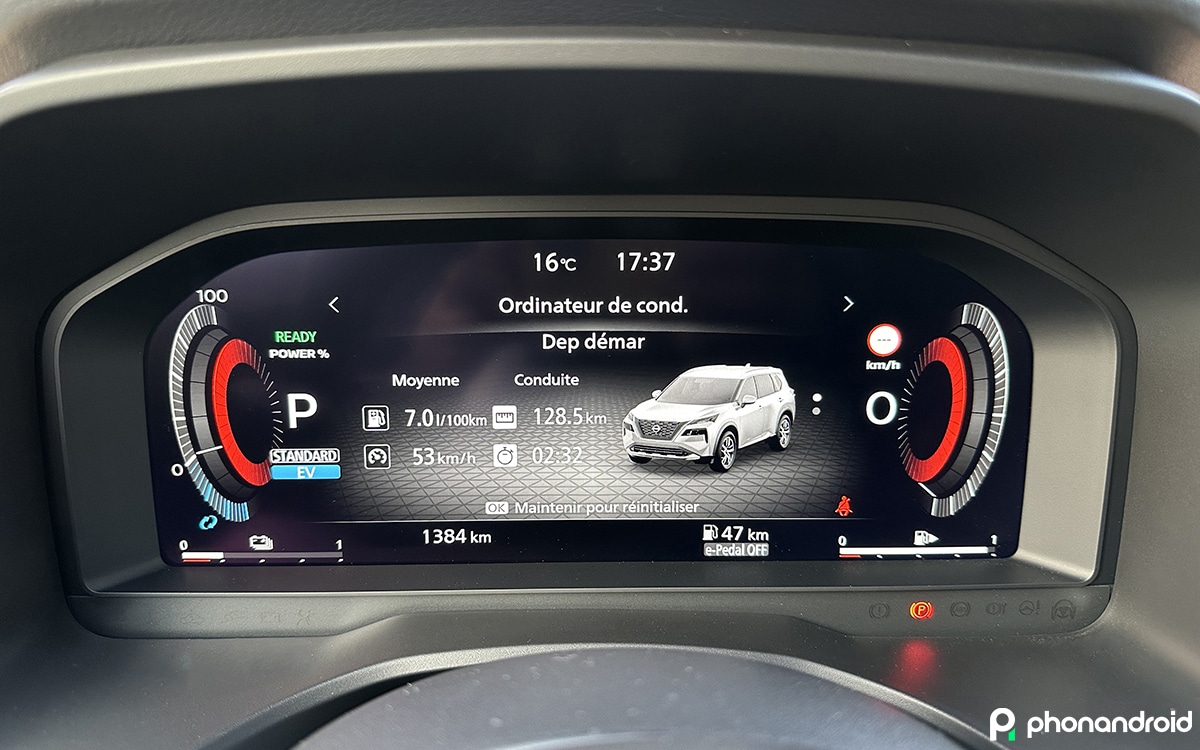 Despite this, this new X-Trail a thoroughly satisfying road machine when it comes to swallowing kilometers as a family. Comfortable, quiet and very well equipped, available from 45,900 euros (56,000 euros in the cheapest version) in this version with all-wheel drive. That’s around 2000 euros more than a hybrid Toyota Rav4, with perhaps the more common HSD traction chain operation, which has now become the custom of several million motorists, at least since the first Prius. But the latter settles for two-wheel drive, just like most of its direct competition, to tell the truth. 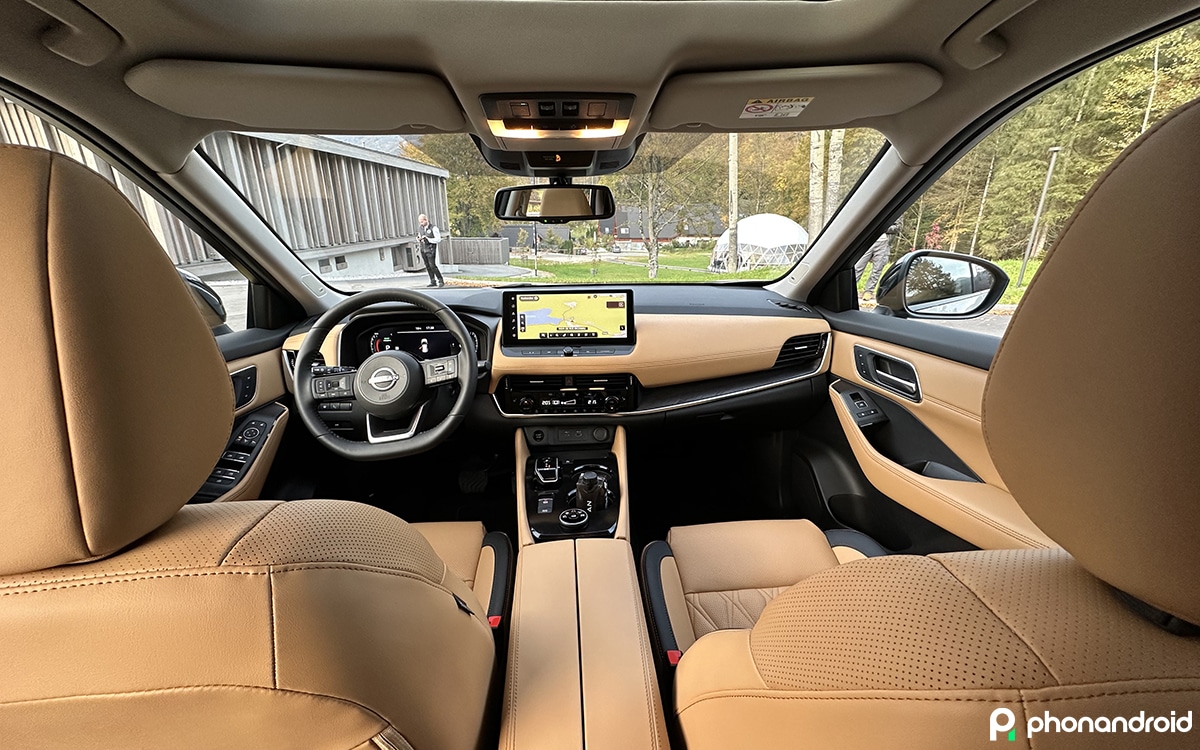